Founded in 1998, DC Vote is a national citizen engagement and advocacy organization dedicated to strengthening democracy and securing equality for all in the District of Columbia.

DC Vote envisions a fairer America where residents of the nation’s capital are first class citizens. This will be evidenced by the District of Columbia gaining the freedom to control its own budget, pass its own laws without congressional interference, and having its citizens enjoy equal representation in the US House of Representatives and the US Senate. 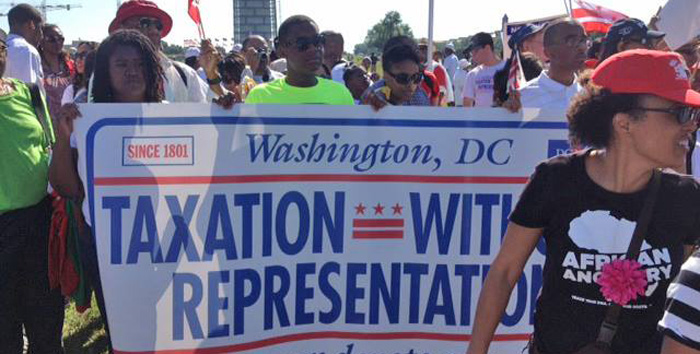 DC Vote was formed to develop and coordinate solution-oriented proposals that aim to achieve full democratic equality for residents of the District of Columbia. Under DC Vote’s umbrella, creative proposals are incubated and vetted to determine possibilities for consensus and advancement into the policy arena. DC Vote welcomes citizens, advocates, thought leaders, scholars and policy-makers seeking to advance our cause.

Learn more about our work.